According to recent box office results, Rogue One: A Star Wars Story is on pace to surpass $1B of gross sales worldwide, and its success ensures more Star Wars movies to come. Since 1977, Star Wars has captivated the world with its rich world and operatic storytelling. It’s one of the few movies that has no barriers. Anyone, anywhere can see a version of Star Wars in any language.

I remember watching Star Wars in Madrid, Spain. I was on a consulting assignment, and came home to relax and unwind in my hotel room. I turned on the television, and couldn’t understand all the soap operas in Spanish. I kept flicking the channels, until I came across the greatest Star Wars movie of all time – Empire Strikes Back. At this point, this instance was likely my tenth viewing of the movie. I vividly remember watching the Dagobah cave scene and realizing then why Star Wars resonates with so many people.

If you look past the flashy lasers and lightsabers in Star Wars, you’ll find valuable life lessons, which can help anyone’s career.

The Dagobah cave sequence is a perfect example. In Empire Strikes Back, young Luke came to the Dagobah planet in search of Master Yoda, the last, living Jedi Master. Yoda takes on Luke as a pupil, and puts him through grueling challenges, such as using telepathy to lift Luke’s X-Wing fighter out of a swamp. Perhaps, the hardest challenge of all was the Dagobah cave. After running through the swamp with Yoda on his back, they stop right outside a mysterious cave.

You are your worst enemy

Using the Force, Luke senses the evil within the Dagobah Cave. He asks Yoda what’s in it.

“Only what you take with you.” – Yoda

Of course, young Luke doesn’t understand so he picks up his belt of weapons and proceeds forward. In the cave, he faces an image of Darth Vader. He slays him easily and decapitates the Sith Lord. Vader’s head tumbles to the ground, and the mask explodes, revealing the face of Luke.

At this point in time, Luke identifies Darth Vader as his main nemesis. However, he doesn’t realize that his true nemesis is within himself. It’s his fear and lack of training (maturity) that will be his demise. Hence, Vader may be the immediate threat (image of Vader), but the real threat is Luke, succumbing to the dark side (Luke’s face underneath the mask).

In real life, everyone has encountered this kind of inner conflict, especially in their careers. We focus mostly on the immediate threat or challenge, when we should be turning inwards for the solution. We hesitate when having to speak in front of a large crowd. We hesitate to make that career change. As a consultant to entrepreneurs, I see brilliant business leaders doubt their ideas and make excuses about their being too much competition. In all of these cases, the root cause of self-doubt is fear: fear of failure, fear of “looking silly,” or fear of “why me?”

Once you overcome your fear, then and only then can you find success. Luke didn’t understand this in his first encounter with Vader so he lost his hand. In The Return of the Jedi, Luke finally “gets it” and defeats both Vader and the Emperor.

Trust in the Force

By bringing weapons into the Dagobah Cave, Luke already failed the test. Even Yoda explicitly said he will not need weapons. But like any young acolyte, Luke doesn’t listen and takes his belt of weapons. He’s focusing on the immediate threat (Darth Vader), and doesn’t understand that being a Jedi is a journey.

“A Jedi uses the Force for knowledge and defense. Never attack.” – Yoda

The greatest “weapon” for a Jedi is inner peace: to know oneself to be incorruptible by the dark side. Again, this Yodaism is so true of the real world. 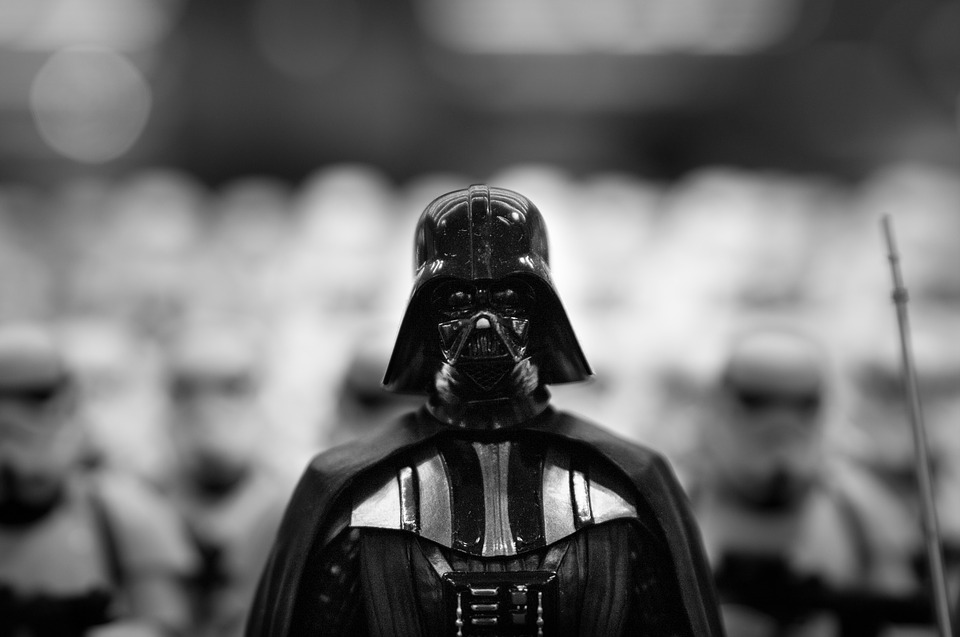 Especially, in this world of Snapchats, SMS messages, Tweets, and Facebook updates, we are often distracted by so many things. People tend to focus on what’s immediate and lose sight of the long-term. We worry about how to pay the next month’s rent. We fret about what car to buy, or what’s the best job right after school.

In business meetings, I’ve seen managers fret over the font of their presentations. I’ve seen meetings cancelled because no one understands why numbers don’t add up due to rounding. We tend to get focused on the minutia of the details that we forget why we have meetings in the first place.

What Yoda suggests is so very simple, yet it’s neglected time and time again. The real journey is not the day-to-day tasks and challenges. The real journey is inwards: knowing what we want and how our actions will get us there.  Once we find this “inner peace,” we become incorruptible to the many distractions in this world.

After failing the Dagobah test, Luke learns that his friends are in trouble and need his help. Yoda insists he’s not ready to face Darth Vader, and Luke should focus on his training. However, he doesn’t listen and ends up losing his duel with Vader, his friends, and his hand.

As Yoda predicted, Luke wasn’t prepared mentally for the challenge. Not only was he outclassed in the duel, but Vader succeeded in his mind games with Luke, culminating in the famous “I am your father” sequence.

Granted, it’s very hard to neglect the pleas of help from one’s friends. But Empire Strikes Back shows if you’re not mentally prepared, bad things will happen.

“Fear is the path to the dark side. Fear leads to anger. Anger leads to hate. Hate leads to suffering.” – Yoda

I remember not understanding a word of what’s being said in the Spanish, dubbed version of Empire Strikes Back. I also remember how odd it was to hear Yoda’s lines, spoken in that typical, baritone Spanish voice. Although the Spanish version of the movie was hard to follow, Luke’s hero story and transformation was a universal message that transcends language and poor cable reception.

It’s a message of finding oneself, and living true to that vision.

I went on to stay another week in Madrid to complete the consulting assignment, and I couldn’t get Yoda’s voice out of my head on my flight back to Barcelona. It might have been a message from a long time ago in a galaxy far, far away… But still true to this very day and on this side of the Milky Way.

Join over 10,000 pros that receive our updates